Nike’s revolutionary Air-Sole unit made its way into Nike footwear in 1978. In 1987, the Nike Air Max 1 debuted with visible air in its heel, allowing fans more than just the feel of Air-Sole comfort—suddenly they could see it. Air reached a new milestone in 1995, when the Nike Air Max 95 opened more windows, this time in the forefoot. Known as much for its innovation as for its design lines inspired by human anatomy, the Nike Air Max 95 became a classic the moment it dropped. 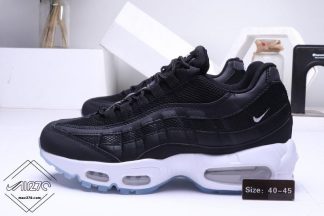