The Nike Air Force 1, as usual, continues to be a hot topic of conversation among the world of sneakers, and it’s played dress up in many different forms this season. Some have been a little more ostentatious such as its P(HER)SPECTIVE and DIY all-over Swoosh colorways, while others have remained more modest by simply shifting around colored accents that match up between its Swooshes and midsoles. The latter, which has already been released in black and red variations, is throwing in another update into its Summer lineup; this time by adopting the “Pink Foam” motif. Taking the phrase “Tough guys wear pink” to heart, these men’s lifestyle kicks splash titular hues onto its Nike checks and sole pieces entirely, all of which are mated by a leather upper dialed with an angelic exterior. 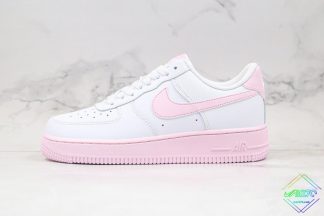