An iconic sneaker that began its life on the court, found its way to the streets in dozens of variations. The Nike Blazer Low originally released in 1972 as a high top sneaker. However, the model has been modified to three options of height: high, mid, and low. The Blazer Mid is a timeless sneaker worn by thousands of people. Nike has released several iterations and special customizations for its fans to enjoy. 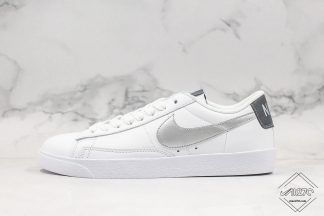