Nike React Element 87
Release Date: June 21st, 2018 (Asia, Latin America, Greater China, Europe)
Release Date: July 13th, 2018 (North America)
Color: Anthracite/Black-White
Style Code: AQ1090-001
Price:$160
The futuristic Nike React Element 87 is now set for an in-line, non-collaborative release this month. Official images of a black/white pair recently surfaced, and the new silhouette is nothing if not striking. Featuring a semi-translucent upper similar to what you’d see on the Nike Zoom Fly, the shoe’s main details arrive via its low-slung Swoosh that dives into the midsole, exterior taping on the heel, and a wavy, trail-style lacing system constructed of leather and suede that boasts reflective accents-as does the heel tab. The tongue features a jagged design that’s shorter towards the lateral side and longer on the lateral side where a Nike React hit appears, and small swooshes on the toebox/heel finalize the React Element 87’s branding. The thick white React foam midsole features abstract translucent black plugs for an interesting touch of detail and contrast, and the eye-catching sneaker is completed with an insole boasting cork detailing. 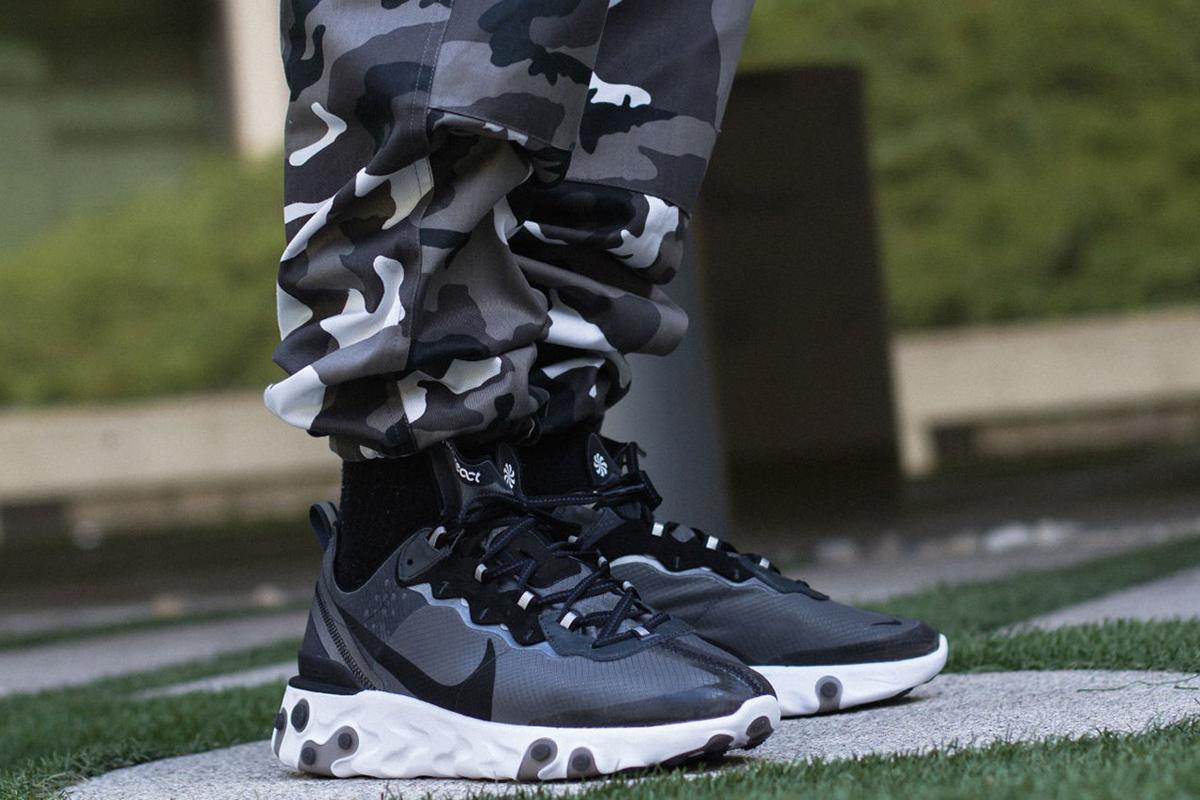 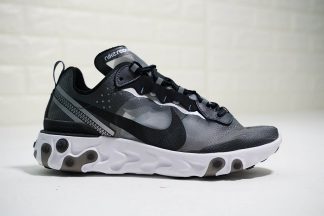