Nike Dunk Low Valerian Blue
Colorway: Valerian Blue/Valerian Blue-White
Release Date: May. 01, 2022
Style Code: DD1391-400
The Nike Dunk Low “Valerian Blue” is officially unveiled and the silhouette is suggested to make its debut later this year. Covered in a clean and stylish two-tone color scheme, the low-top flaunts a white leather base with the highlight Valerian Blue adorning its overlays, Swooshes, inner lining, and rubber outsole. Finally, red accents on the branded areas followed by a white midsole rounds out the design. 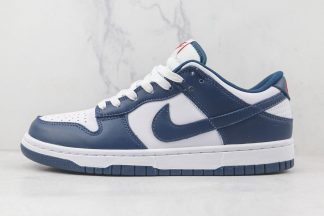