Nike takes the iconic Air Force 1 silhouette to the stables for a luxe makeover in a “Photon Dust” colorway paired with a pony hair suede. This colorway was originally announced back in May, but we can now take a closer look at the tonal offering

The sportswear giant is no stranger to embellishing its designs with pony hair suede. In the past half-decade a number of releases such as the React Sertu a “Faded Spruce,” Air Jordan 4 “Pony Hair” and the vibrant Air Force 1 Low “Pony Hair” have gotten the same treatment in various renditions. 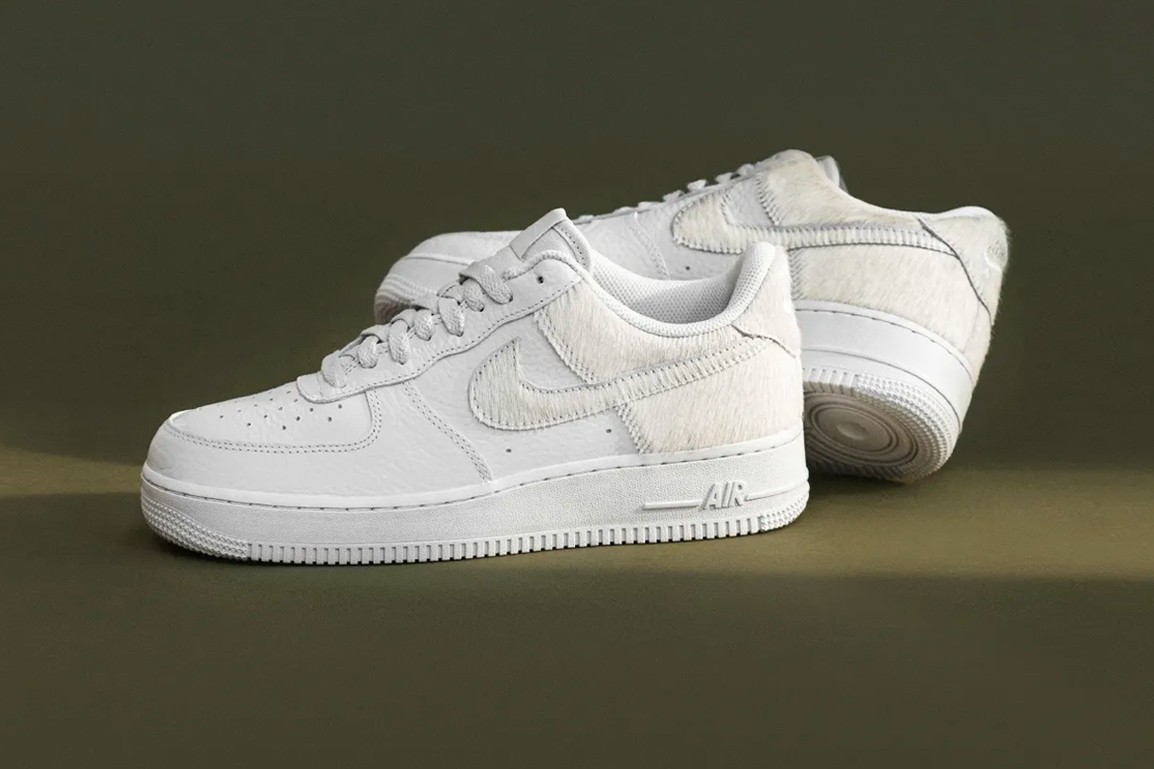 White full-grain leather covers the entire front uppers, toe box and eyestays with the tongue taking on the same tonal hue. Adding a bit of contrast, the main Swoosh and heel are covered in a cream white pony hair suede with an embroidered “Nike Air” logo peeping out from the heel tab. The whole design lays on top of a fresh white midsole and outsole.