Whether in the realm of pizza or Air Force 1s, the debate’s been put to rest. But in case you need further convincing, Scarr’s Pizza has proven without a doubt that New York City is unmatched in slices and Forces, and any argument is just a matter of second place. Scarr Pimentel founded his pizza joint in 2016 as a response to the infiltration of mediocrity caused by the shitty 99 cent kiosks and the billion-dollar delivery giants. His solution was pretty straightforward, but simplicity is rarely synonymous with ease. Their now-famous recipe started with flour milled in the basement of their shop, free of additives and unnatural chemicals for the sake of decreasing the bottom line. Topped with quality ingredients, their elite product (and cozy bar in the rear) caught the attention of locals and tourists in the know, and despite their relative infancy in the game, Scarr’s established itself as a true New York institution. 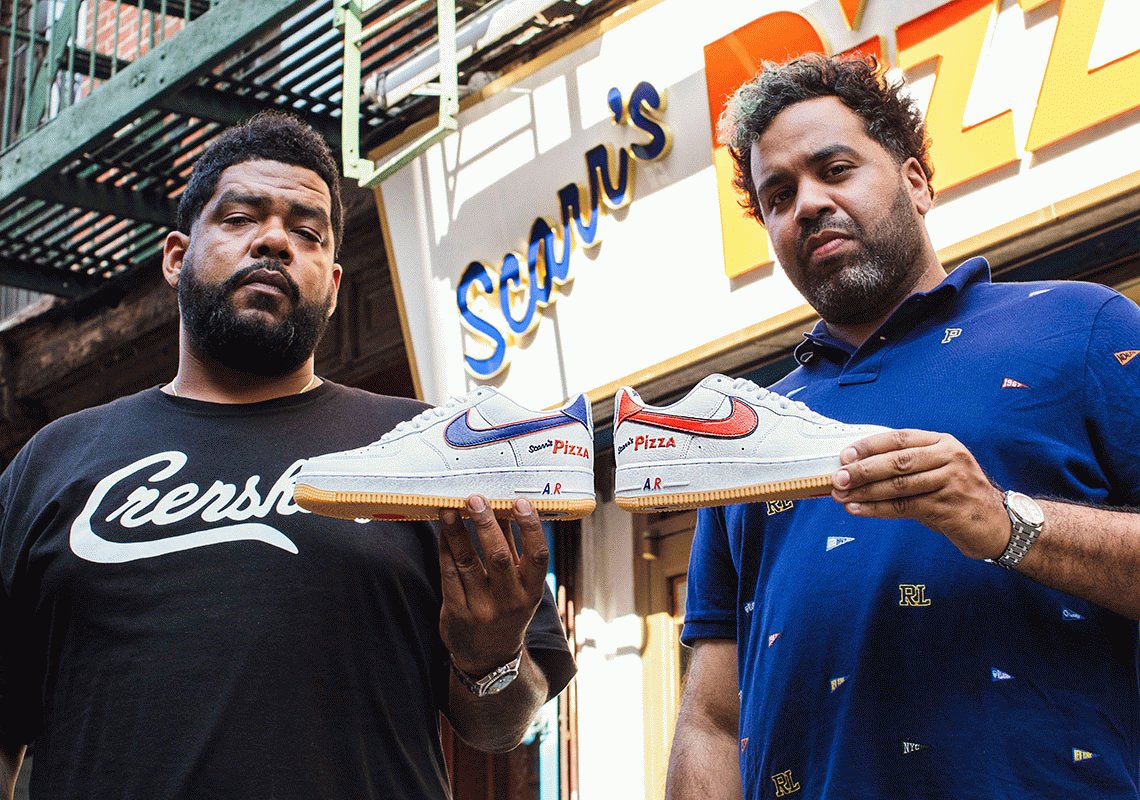 But it’s not about the food or the venue. It’s about the people behind the operation – two Uptown dudes who spent years roaming around Delancey (aka the Lower East Side) getting into situations and likely ending the night with a slice. The authenticity of Pimental and team member Audie Villot was a pivotal catalyst to their success, which organically led to the grail for all shoe junkies – a collaboration with Nike. Throughout the design process, they made sure to maintain their level of meticulousness and hard-nosed criterion while telling a story that not only honored their home city, but did right by the most iconic sneaker ever.
For AF1 purists such as Scarr and Audie, getting the shape of the shoe down was the first step, often referring back to 2007 as the last “acceptable” form of the AF1. Then came the upper materials – a super-soft tumbled leather topped only by pony hair as the highest-grade material available for use. Even the gum sole is the true golden-yellow tint, which we must say rivals that of the Air Force 1 “Courir” from 2002. Pimental even sourced a pair of Mids from his own collection as a visual guide. The double-stacked Swoosh logo also measures one inch at the base – a detail that only true OGs can pinpoint. 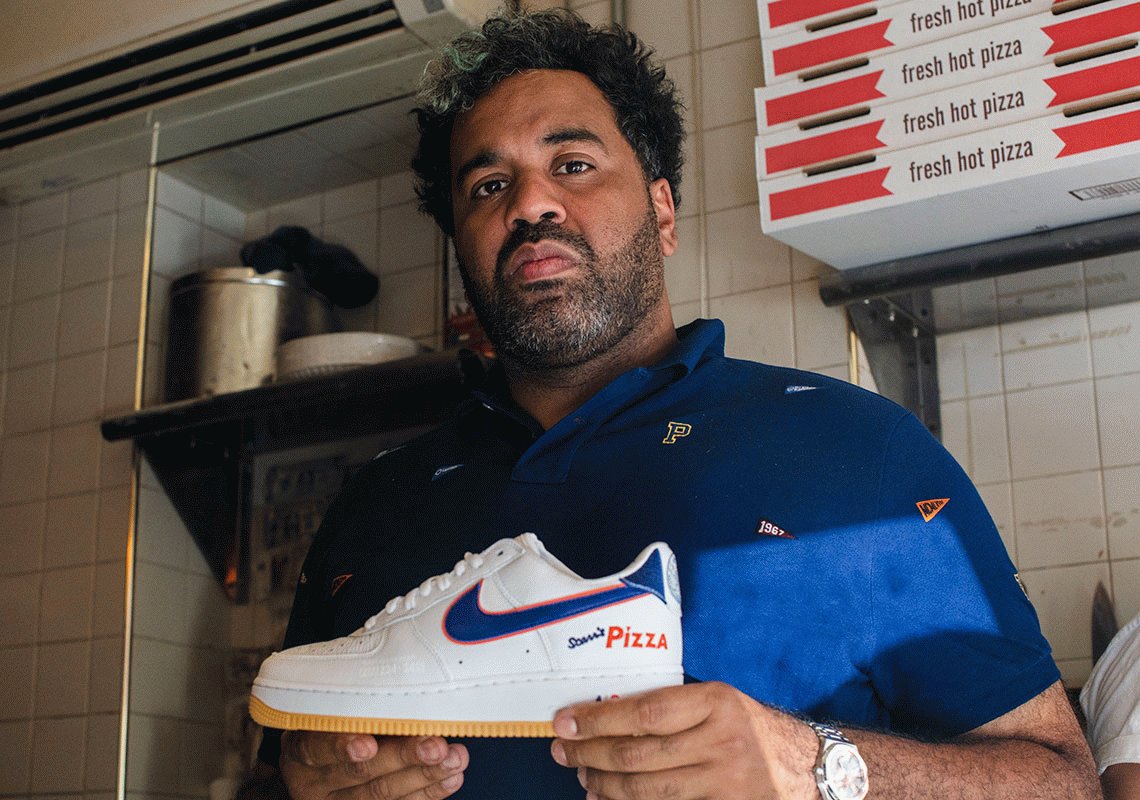 With the base set, Scarr’s Pizza now moved on to the finer details to further polish their design. The shop’s logo is crisply embroidered on the heels of both shoes, with their phone number clandestinely printed at the forefoot. On the tongue is their address of 22 Orchard replacing the traditional Nike Air tongue label. The heel also replaces the brand logo and instead features the flag of New York City, which can easily be regarded as a simple hometown nod. The story goes deeper; during his youth, Scarr spent countless days in the principal’s office where a large orange, blue, and white flag was hung on the walls. It was there that he discovered that his home city had its own flag, but little did he know that it would be hugely influential to his later life.