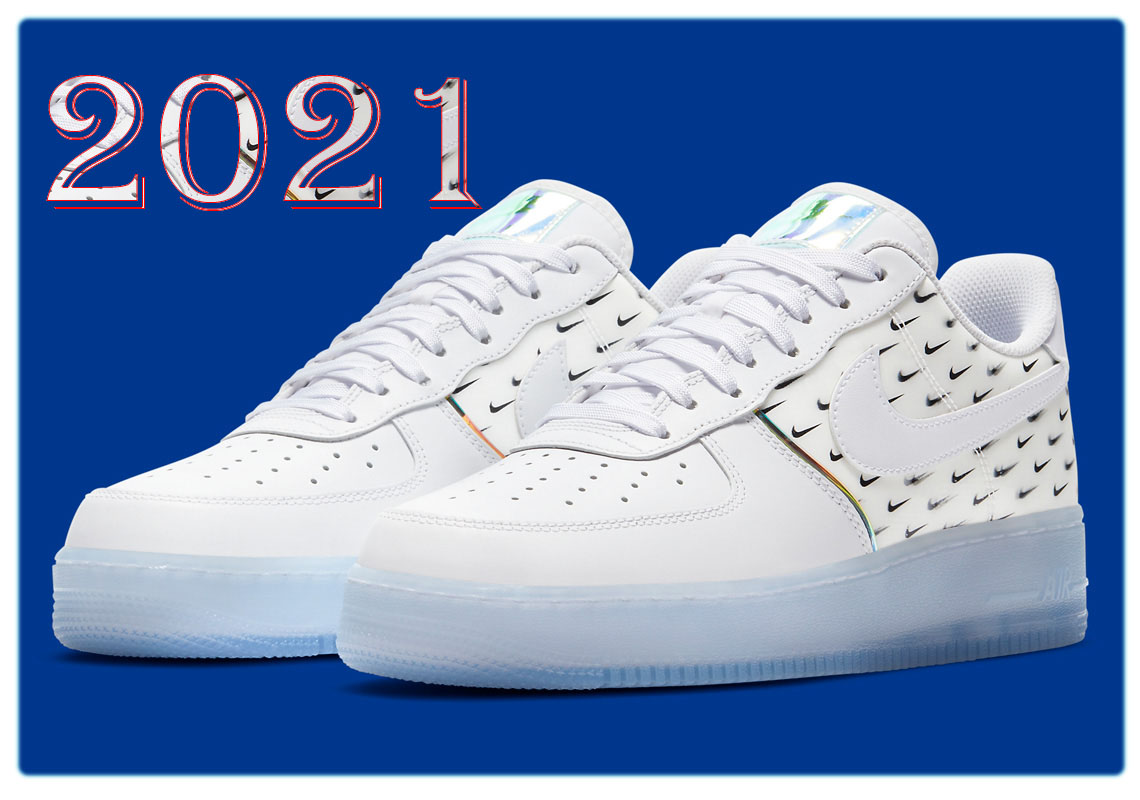 Few sneakers have had the cultural relevance of the 39-year-old Nike Air Force 1, which seems to have sky-rocketed in popularity over the last three years. And while the design could very early rest of its laurels for the remainder of its lifespan, it’s refused to do so. Its latest ensemble isn’t as experimental as arrangements inspired by USPS boxes, but it delivers a fresh style clad in “White/Multi-Color/Racer Blue/White”. Akin to its Supreme collaboration from March 2020, the newly-launched pair indulges in a mostly-“White” palette. Mid-foot and heel panels, however, introduce not only slight black contrast, but a plethora of miniature swooshes seemingly stamped haphazardly given some of their imperfect applications. Spines are outlined with a holographic finish, which also appears on the tongue label, delivering a modern-spin to the classic Air Force 1. Sole units join the mix in a semi-translucent finish that complements both the upper’s clean aesthetic and the insoles’ “Racer Blue” flair.